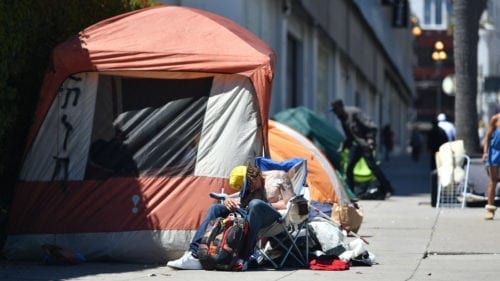 Even liberal residents of San Francisco have had enough with the city’s ‘sanctuary’ policies and soaring crime rates, with thousands fleeing the Bay Area as homelessness and drug use spirals out of control.

According to SF Gate, locals are urging city leaders to crackdown on lawlessness as burglaries, vandalism, and other offenses impact their daily lives.

Just last week, Mayor Mark Farrell allocated over $750,000 to hire municipal workers to help clean up discarded needles from the city’s streets and $13 million for “steam cleaners” to clear garbage from the area.

“The trash, our homeless, the needles, the drug abuse on our streets, I’ve seen it all in our city and it’s gotten to the point where we need to really change course,” Farrell said in an interview. “We’ve gone away from just being compassionate to enabling street behavior and that, in my opinion, is a shift that’s unacceptable.”

“I cannot have my family down here, I can’t have visitors. I can, but I don’t choose to, have my nieces come here,” said the owner of a neighborhood grocery store. “It’s horrifying for my family to walk down the street here.”

About The Sean Hannity Show