RUSH: You know, there's a point that I have been making -- we've got some evidence just to show you -- and some people have been irritated at this. I have talked about the number of conservative friends I've lost when their daughters, primarily, became old enough to go away to college, did so, and came back -- and I don't recognize their dads anymore. They're friends.

Now, I've got a story here in the Stack of Stuff that incidentally just came up. It's up next, and it's about how the fact that we lost the education system is why we are where we are. If you want to try to find one thing -- and there's more than one thing, obviously. But if you wanted to find, say, the central point from which everything else explodes, it is the fact that we lost public education to the left, to leftist activities disguised as teachers.

I have no doubt about this, and it's two generations worth now. One of the things that's different, as I say, is that when my brother went away to school, there was no way... Even if he'd been indoctrinated as a liberal, there was no way he was gonna convince my dad of it when he came home from school to talk, but that's happening, and particularly where the students are daughters.

Grab sound bite number 4. This is Robert Regan. This is Fox & Friends Sunday. Jedediah Bila was talking to this guy, Robert Regan, who is a Republican Michigan state house candidate. She said, "Your daughter tweeted out opposition to you running for the Michigan statehouse. Well, your house must be really interesting at holiday time, these holiday dinners, political discussions start." So this guy's daughter is campaigning against him, and here is his reaction... 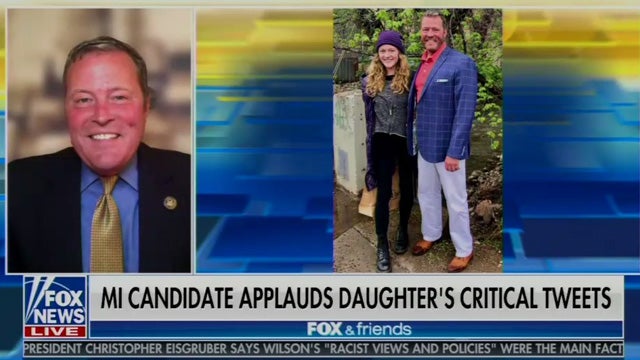 REGAN: I was deeply hurt. That stung. When I first saw that, I was like, "Oh, my Goodness. Are you serious?" It has to do with the indoctrination from the liberal and leftist, socialist, Marxist universities. You have to understand what these college campuses are like today -- and these young women and young men, they want to fit into the group. So the whole idea that this is a bastion of free speech and ideas? That just doesn't fly anymore.

RUSH: Here's the next one very quickly. He wasn't finished...

REGAN: I really do applaud her. She's one special young lady, and I'm sure none of us expected this to go as viral as it has. And especially as a father and a family, you don't want this stuff going out to public. You know, families are supposed to be safe spaces --

REGAN: -- and you have these discussions privately. I think it just kind of caught all of us off guard. But, yeah, she's one special -- special young lady, and, uh, I'm just really happy for her. 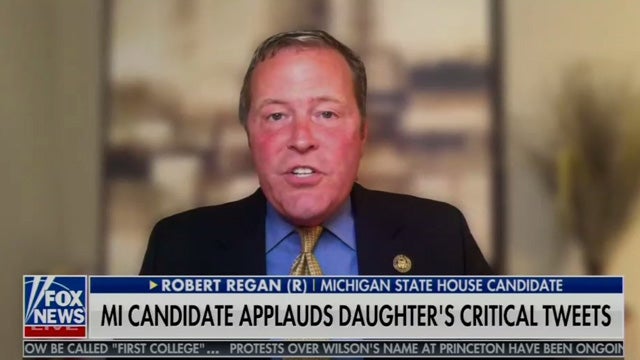 RUSH: All right. Stop it. So the point is, now she goes away to school, gets indoctrinated, realizes she's been taught that her father is a scourge, and she starts actively campaigning against him. And what does he do? (sigh) And I'm not trying to get the guy in trouble, believe me. But he talks about how proud he is, special young lady, really happy for her. Don't doubt me that this stuff is happening out there, folks.

RUSH: By the way, the Michigan state Republican candidate Robert Regan, he's the guy saying that he is more conservative than I am, that he's to right of Rush Limbaugh. I'm really not selecting him to be critical of him. It's just that his story fits an agenda. It fits a series of events that's happening all over the country out there.