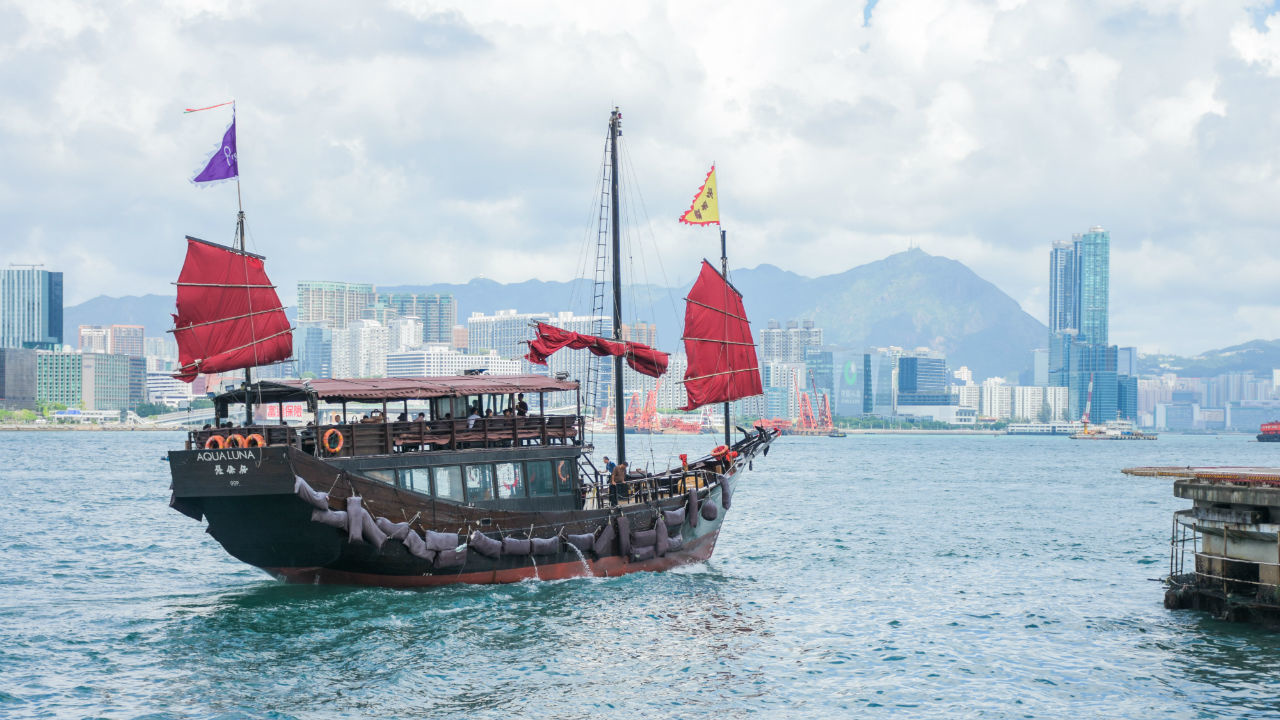 Freedom. It usually begins as a whisper. A secret passed on between patrons at a secluded bar or private meeting. And no matter how hard the tyrants may try and stop it, no matter how many dams they throw up to try and contain it, the whispers eventually become a flood. Sometimes it takes longer to break through, but it's the same EVERY TIME. Liberty and freedom always wins. It's an unstoppable force that knows no immovable object.

For us it was exactly 243 years ago to this month that those whispers became a flood. A group of ragtag colonists took on the world's only superpower —and won. Our forefathers proved it — freedom refuses to recognize tyranny as an immovable object. The world was forever changed.

And I can't help but see the poetic justice as more whispers became a flood, defying their own immovable object, just three days before all of us were buying fireworks to celebrate our Independence Day. But this time it was just off the coast of mainland China.

Last week over a MILLION protesters filled the streets in Hong Kong. Literally a FLOOD of humans looking for one thing — freedom. They stormed the government building that is the equivalent of their Congress. They smashed windows, broke down doors, and a photo was taken that I think just might be the picture of the year.

A British colonial flag, a symbol thrown out when Hong Kong was given back to China, was draped — BY THE PROTESTORS — over the chair of their head of government. I can't restate how historic this actually is. The people of Hong Kong, with a population that is over 90 percent ethnic Han Chinese, are saying to the mainland that they prefer colonial rule over the tyranny of the Chinese government. Leftists would tell you that communism is the remedy for colonialism, but for those living in the dark shadow of communism, they actually prefer colonial rule over what they now face.

The local Hong Kong government is caught between the immovable object of the Chinese communist government, and the unstoppable force of liberty.When Hong Kong was given back to the mainland, China agreed to allow them a few freedoms that the rest of the Chinese don't enjoy. They're free to engage in protest against the government and they maintain a legislative body — both of which are outlawed on the mainland. But, as every tyrannical oppressor always does, China has been looking to reel that in. Most recently, China attempted to make it possible to extradite dissenters back to Beijing. The result? The quiet whispers of freedom, the secrets told in private at clandestine meetings, became a flood of millions in the streets.

On July 3rd, police began a crackdown. More than 13 people have been arrested so far. If China eventually gets their way, those 13 people will no doubt be the first of many to be extradited over to the mainland. Their crime? The dream of freedom. As of right now, the extradition law has been temporarily delayed. The local Hong Kong government is caught between the immovable object of the Chinese communist government, and the unstoppable force of liberty.

History has shown who will win in the end. Yesterday, over 200,000 protestors gathered at the high speed train station that links mainland China to Hong Kong. The message was just as clear as the British colonial flag hung inside their legislative building. For our forefathers it was symbolized with the Gadsden Flag and the phrase “Death To Tyranny." The message is simple: “we will not be ruled. Freedom knows no immovable object."

News of the protest movement has been censored in mainland China, but how long will they be able to contain THEIR OWN whispers with over two hundred thousand freedom lovers camped out at the bridge between Hong Kong and mainland China? How long before those whispers spread to secret meeting locations in Beijing or Shanghai? How long before that cascades to the Christian and Muslim minorities that are tired of being rounded up and thrown into camps?

We might have just witnessed the Chinese version of the Boston Tea Party. July 4th is still a long way away for them, but — as it does time and time again — freedom and liberty always win in the end.